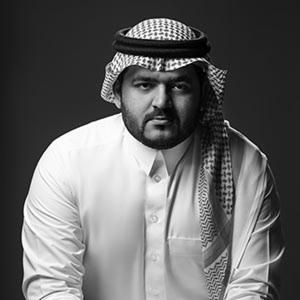 Ahmad oversees the strategic direction of the Saudi based retail company, the BinDawood Group’s Danube and BinDawood stores. Founded in 1984, with more than 10,000 employees across Saudi Arabia, the BinDawood Group has become of the MENA region’s largest retail operators with extensive operations including supermarkets, hypermarkets, department stores and imports providing the Kingdom the widest international offering of food and grocery items.

Ahmad has led Danube and BinDawood through a period of dramatic revitalization and growth, continually sustaining double-digit growth for the company. Under his tenure, Danube has grown from 9 branches to 42

branches, and BinDawood to 28 branches by May 2019, with ambitious expansion plans to open more stores across the Kingdom and regional markets in the coming years. Ahmad is spearheading digitizing the BinDawood Group business, embracing the latest retail innovations such as blockchain technologies to foster transparency in the supply chain and implementing AI. He is the driving force behind the award-winning, highly innovative e- commerce platform Danube Online and the Danube App, the Middle East’s largest e-commerce grocery platform. Ahmad led the group to win ‘Retail Technology of the Year’ award at the 2018, Seamless Awards, ‘Most Admired Food & Grocery retailer in KSA’ at the 2018, Retail Middle East Awards and ‘Most Admired Online Retailer’ for Danube Online at the 2018, Retail Middle East, Saudi Arabia awards. In June 2019, Ahmad’s leadership story was featured on the cover of Forbes Middle East, where the BinDawood Group was ranked 25 in the top private Arab companies in the world. In 2019, Ahmad was awarded ‘CEO Masterclass of the Year’ at the Saudi Top Achiever Awards’ in collaboration with the Jeddah Chamber of Commerce.

Ahmad joined the group at the start of his career and has held a number of positions in the group until he was appointed to the board of directors and CEO of Danube in 2014. In 2018, he was appointed CEO of both Danube and BinDawood supermarkets.

Ahmad currently sits on the board of directors of the Red Sea malls, implementing and enhancing the corporate governance of the group. He was a key member of the team who negotiated Bahrain investment bank, Investcorp’s minority stake in BinDawood Holding (BinDawood Retail) in 2015.

Ahmad graduated from with a degree in International Business Administration from King Abdulaziz University, Jeddah, Saudi Arabia. He has completed leadership programs in Cambridge University, UK and has also participated as a public speaker at numerous industry leading events. He is an active member of Young Presidents’ Organization (YPO) and is currently attending an Executive Program in Management from Columbia Business School, New York.