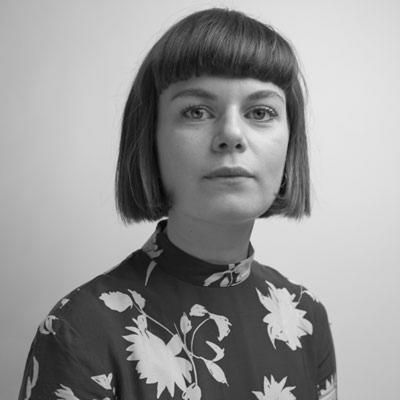 Alice Haugh is a future shaper, in more ways than one. She trained as an architect at the Bartlett School of Architecture and later specialized in Urbanism and Societal Change at the Royal Danish Academy of Fine Arts. She’s designed immigration centers, created post-Brexit passports, and planned for thoughtful evolution and renewed identity in changing London neighborhoods. During her time with the London Legacy Development Corporation, she helped envision a new arts district for the Olympic Park.

From redesigning the British government to examining the risks of sea-level change in Copenhagen, Alice is both curious about urban life in the future and actively involved in what it may become. She co-runs In-Between Economies, an urban think-tank that has been investigating ways in which technology affects the power structures of city-making in collaboration with Techfestival, Space10, and Copenhagen Architecture Festival. Since joining UNStudio as a futurist, Alice has been exploring the future of work with modular furniture company USM and working on visionary urban-scale interventions such as the modular European Hyperloop transport system.