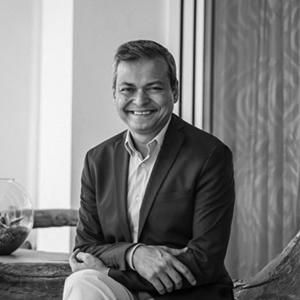 Lalit Agarwal is a retail entrepreneur, and founded V-Mart Retail in 2002, pioneering the concept of value fashion retailing in Tier II, III and IV towns in India. In his stewardship, V-Mart's footprint has grown to 220 stores across 173 towns in 17 states, delivering affordable fashion to more than 40 million customers annually. He was awarded by Indian Retail (Franchise India) for 'Retail Leader of the Year in 2018' and, in July 2017, was nominated to the Government of India, Niti Aayog’ Champions of Change initiative.