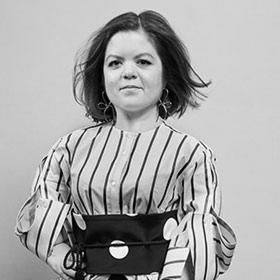 Sinéad Burke is an academic, teacher, writer and advocate. She is currently undertaking a PhD on the topic of the voice of the child and the ways in which children have agency within the primary school classroom. Sinéad works towards accelerating systemic change within the domains of diversity, education, inclusion, design and disability. She is responsible for the introduction of the term for little person, ‘duine beag’, into the Irish language.

Sinéad is a TED speaker, her talk Why Design Should Include Everyone has amassed over one million views and speaking on the topics of design, education and inclusion, she most recently addressed the Business of Fashion’s VOICES conference and was the only Irish female delegate at World Economic Forum’s annual meeting in Davos. Sinéad is a Contributing Editor for British Vogue, she writes for the Financial Times, Teen Vogue and the New York Times. Sinéad has been a guest on The Moth and DeRay’s Pod Save the People. She is the cover star of the Business of Fashion’s Age of Influence print issue, a member of the BoF500 and according to British Vogue, Sinéad is one of the 25 most influential women working in Britain in 2018.