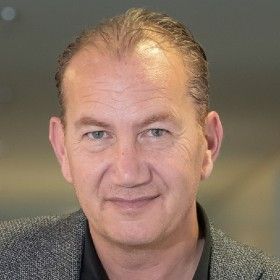 Steve Evers is the CEO of IIC-INTERSPORT International Corporation GmbH, the world’s leading sporting goods retailer, with 6200 stores in 58 countries through its brands: INTERSPORT and The Athlete’s Foot.

Steve worked from 1990 to 2001 in several management positions for the Dutch multinational Hagemeyer Group in the western hemisphere (Caribbean, Argentina, Honduras and Costa Rica). After returning to Europe, he continued working in the retail and wholesale sectors as well as management consulting. In 2010, he became board member of Euretco Holding B.V, the leading retail service organisation in the Netherlands. He was then appointed Chief Operating Officer after the merger with Intres, in 2012 (quota holder and licensee for INTERSPORT and The Athlete’s Foot) in The Netherlands and Belgium, and was the driving force behind the growth of the retail franchise business. After the acquisition of Euretco by the German cooperative EK/servicegroup eG in March 2015, he was additionally elected to the board of the newly founded European group as its Chief Operating Officer. In this position, he was responsible for retail development for the group and its Sports, Fashion Living, Media, and DIY activities. He has served as an IIC Board member since 2015 and was elected its Vice Chairman in 2018.

He became CEO of IIC-INTERSPORT International in 2019.