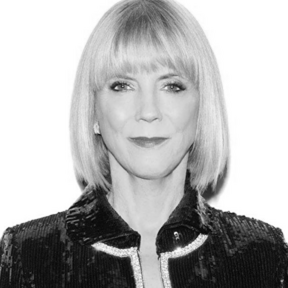 Carol Hamilton is the Group President of Acquisitions for L’Oreal USA. During her 34-year tenure at L’Oreal, she has been responsible for building the L’Oreal Paris flagship brand from an indie brand in the 80’s into the number 1 global beauty brand worldwide, behind the iconic phrase celebrating women’s worth “Because I’m Worth It”.  In 2008, she took over the helm of the L’Oreal Luxury Division, tripling its sales in her 10-year tenure. Leading the successful acquisitions of Clarisonic, Urban Decay and It Cosmetics, she went on to run these brands - along with Kiehl’s Since 1851- globally. Most recently, she has been placed in charge of acquisitions for all divisions of L’Oreal.

Throughout her career, Carol has been dedicated to numerous philanthropic causes all linked by her passion to better women and children’s lives. In 1997, L’Oreal made a long-term commitment to the Ovarian Cancer Research Fund, raising over $14 Million for research to eradicate this disease. In 2005, she created the “Women of Worth” program, honoring women’s commitments to their local communities. In 2009, she spearheaded the Acqua for Life program with UNICEF for the Giorgio Armani Brand, and subsequently has joined the National Board for UNICEF. In the same year, she partnered with Lancôme to support St. Jude’s Children’s Hospital. In 2013, as a member of Harvard’s Women’s Leadership Board, she has spearheaded the Women in Power program to promote gender equality at L'Oréal. Most recently, she was appointed to Chair in 2018. She considers these positions a culmination of her life’s work in behalf of women and children.

Carol Hamilton has been named one of Advertising Age’s Marketing 100 and 50 Most Powerful People in Marketing. She has an undergraduate degree from Vassar College, is a 2016 Matrix Award Honoree and was presented with the Spirit of Compassion award at UNICEF’s 2017 Snowflake Ball. Carol and her husband, Rodney, split their time between their New York home and their country home in Litchfield, CT., where Carol can usually be found in her beautiful garden with her two cherished Maine Coon cats.