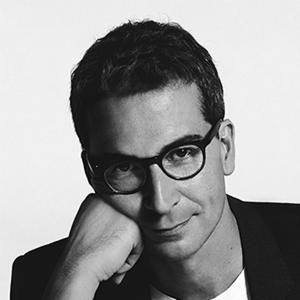 Federico Marchetti is an entrepreneur at the intersection of luxury and technology.

In 1999, he invented YOOX, seizing the opportunity long before industry insiders understood what the Internet could offer the world of fashion. Since then, Federico has continued to anticipate the market and customer trends.

Uniquely positioned in the high-growth online luxury sector, YOOX NET-A-PORTER GROUP has a client base of more than 3 million high-spending customers from over 180 countries, employs nearly 5,000 people and generated revenues of almost $2.5 billion in 2017, half of which were from mobile sales.

In 2018, with a valuation of $6 billion, YOOX NET-A-PORTER became part of Richemont, one of the world’s leading luxury groups. Its portfolio of Maisons includes Cartier, IWC Schaffhausen, Jaeger-LeCoultre, Van Cleef & Arpels, Chloé, Montblanc and Officine Panerai in Italy.

Today, Federico Marchetti is Chairman and Chief Executive Officer of YOOX NET-A-PORTER GROUP, and divides his time between Milan and London.

Federico holds a degree in Economics from Bocconi University in Milan and an MBA from Columbia Business School in New York City.