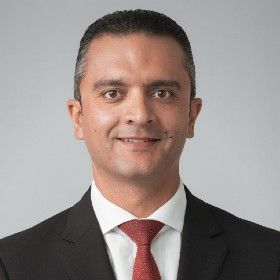 Hani Weiss is Chief Executive Officer of Majid Al Futtaim – Retail, the exclusive franchisee to operate Carrefour in 31 countries across the Middle East, Africa, and Asia.

Mr. Weiss is responsible for developing and growing the company’s Carrefour franchise business, and establish market leadership across all countries it operates in through exceptional customer centricity and a strong omnichannel offering. This includes reimaging the stores of the future and the execution of a digital transformation.

Hani began his career at Majid Al Futtaim - Retail in 2001, as a Section Manager at Carrefour in City Centre Deira, the firm’s first hypermarket in the region. Since then he has built up a portfolio of different finance roles across the UAE, Qatar, Oman and Egypt before being appointed Chief Financial Officer in 2014. Hani’s lengthy experience within the operation, and unparalleled understanding of the food retail business saw him promoted to Chief Executive Officer in September 2017.

Amongst his notable accomplishments, Hani led the Retail Arabia transaction for Majid Al Futtaim – Retail, the largest transaction in the company’s history and one which saw it grow by 29 stores across the UAE, Bahrain and Kuwait. Today, Hani leads a business of 37,000 colleagues, operating over 450 Carrefour stores across 16 countries in the region, and serves more than 750,000 customers a day.

Mr. Weiss holds an Executive MBA from the London School of Business (Dubai campus) and has completed the Senior Executive Development programme at HEC Paris.