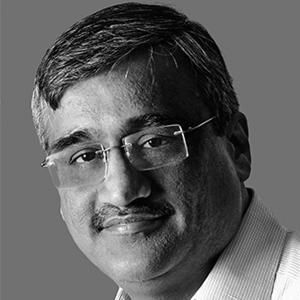 Kishore Biyani is the Founder and Group Chief Executive Officer of Future Group, one of India’s leading consumer goods organizations. Future Group is guided by his principle of ‘Rewrite Rules, Retain Values’ in shaping the consumption space in India. In 2001, Kishore BIyani pioneered modern retail in India with the launch of Big Bazaar, a uniquely Indian hypermarket chain that is now counted among the most trusted brands in the country.

Future Group today operates multiple retail formats across various categories including, Central, EasyDay, Brand Factory, Nilgiris, Heritage Fresh, fbb, WH Smith, Home Town collectively attract over 600 million customers visits annually. The store network now has a presence in over 424 cities and towns in every state of the country. The group’s digital presence is led through mobile apps, FuturePay and EasyDay Club, online commerce sites of FBB, aLL, Clarks and Brand Factory and various other platforms. It is slated to open the 7-Eleven franchise in India in 2020.

The organisation has also created more than 80 consumer goods brands in fashion, footwear, FMCG, food and homeware segments that contribute almost half of its sales through the retail chains that form a part of its network.

Kishore is a firm believer in the maxim of ‘Rewrite Rules, Retain Values.’ He was born in Mumbai in 1961. In 2007, he authored the book, ‘It Happened in India,’ that is counted among the best-selling business books in India. Kishore and his wife, Sangita have two daughters, Ashni and Avni.