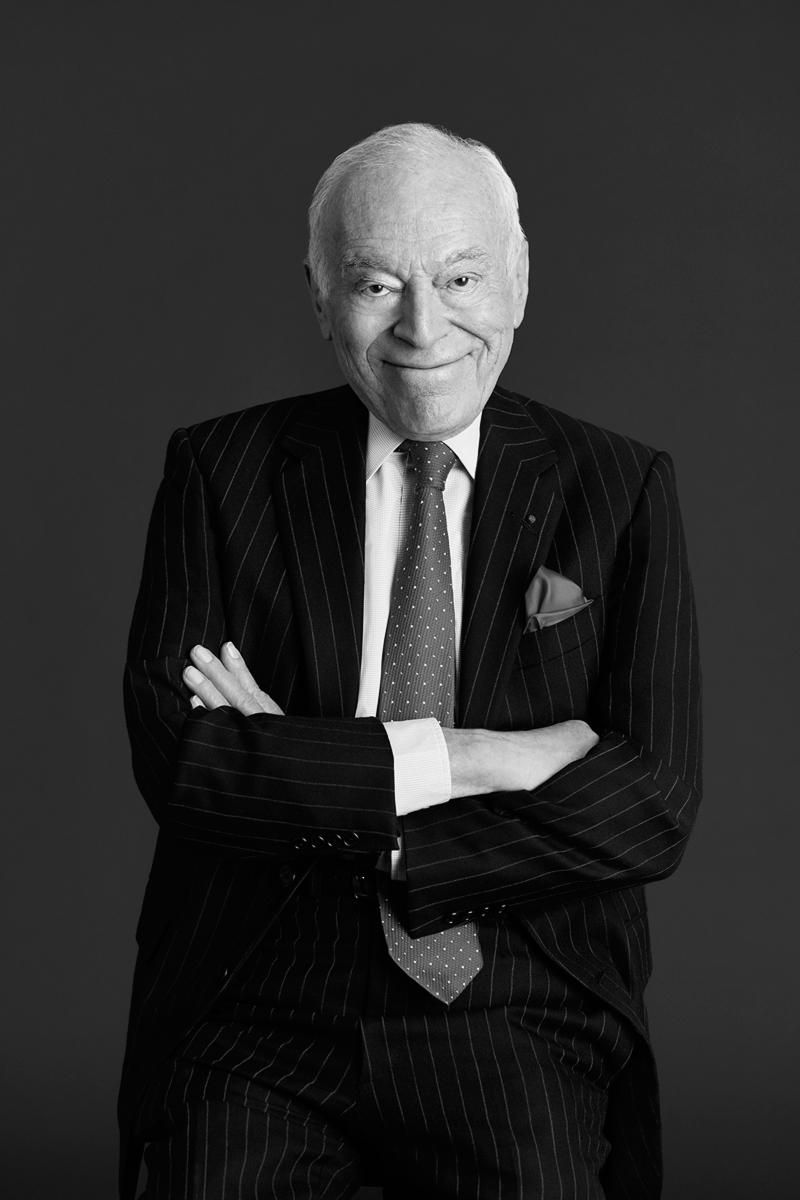 Leonard A. Lauder is Chairman Emeritus of The Estée Lauder Companies Inc. and is currently the senior member of its Board of Directors.

A graduate of the University of Pennsylvania’s Wharton School, Mr. Lauder also studied at Columbia University’s Graduate School of Business and served as a lieutenant in the U.S. Navy. He formally joined the Company in 1958, when it had annual sales of $800,000. Mr. Lauder consistently developed and implemented innovative sales and marketing programs and increased the Company’s sales and profits. He created its first research and development laboratory and brought in professional management on every level. He also initiated The Estée Lauder Companies’ international expansion, which began in 1960 with the opening of the Estée Lauder account at Harrods in London.

Mr. Lauder served as President of The Estée Lauder Companies from 1972 to 1995 and as Chief Executive Officer from 1982 to 1999. He added the title of Chairman in 1995 and served as Chairman through June 2009. Under his leadership, the Company launched many brands, including Aramis, Clinique, Lab Series and Origins. Beginning in the mid-1990s, the company also began expanding through acquisitions, including Aveda, Bobbi Brown, Jo Malone London, La Mer and M·A·C.

In addition to his activities with The Estée Lauder Companies, Mr. Lauder is extremely involved in the worlds of education, art, politics and philanthropy. He is Emeritus Trustee of the University of Pennsylvania and a founding member of the Board of Governors of its Joseph H. Lauder Institute of Management and International Studies. Mr. Lauder became a Trustee of the Whitney Museum of American Art in New York City in 1977 and currently serves as its Chairman Emeritus. He is Co-Founder and Co-Chairman of the Alzheimer’s Drug Discovery Foundation; Co-Chairman of the Breast Cancer Research Foundation Board of Directors; a member of the Council on Foreign Relations; Chairman Emeritus and Lifetime Trustee of the Aspen Institute Board of Directors, as well as former Chairman of the Aspen Institute International Committee; and a member of the President’s Council of Memorial Sloan-Kettering Hospital. Among Mr. Lauder’s honors are the Légion d’Honneur, the “Lone Sailor” Award given by the United States Navy Supply Corps Foundation, the Women’s Leadership Award given by the Lincoln Center Corporate Fund Women’s Leadership Council and the Palazzo Strozzi Renaissance Man of the Year Award. In 1983–1987 he served on the Advisory Committee for Trade Negotiations to President Reagan.

On January 1, 2015, Mr. Lauder married Judy Glickman Lauder, an internationally recognized philanthropist and photographer whose work is represented in more than 300 public and private collections including the J. Paul Getty Museum and the Whitney Museum of American Art.