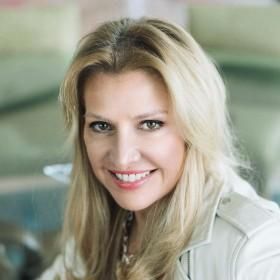 Mindy Grossman is a Partner and the Chair of Consello Business Development. Prior to Consello, Mindy served as the President and CEO of WW, Intl. from 2017 to 2022, steering the company through a successful rebrand, and as a member of the board of directors through March 2022. Before WW, Mindy served as the CEO and a member of the board of directors at HSNi from 2006 to 2017, where she oversaw a $4 billion direct to consumer retail portfolio. Before HSNi, Mindy served as CEO of IAC Retail, the former parent company of HSNi. She successfully took IAC Retail public in 2008 and subsequently became CEO of HSNi until 2017. Before joining IAC, Mindy served as a Global Vice President at Nike, Inc., where she oversaw its $4 billion global apparel business and served as co-chair of Nike’s Women's Leadership Council. Earlier in her career, Mindy served as President and CEO of Polo Jeans Company, Vice President of New Business Development at Polo Ralph Lauren Corporation and President of Chaps Ralph Lauren. She also held senior positions at Tommy Hilfiger.

Mindy was appointed to the Digital Economy Board of Advisors for the Chamber of Commerce during the Obama administration, where she served as an advisor from 2014 to 2017. She also served as the Chairman of the National Retail Federation and Chairman of the NRF Foundation.

Mindy currently serves on the Board and the Executive Committee of UNICEF USA and is a member of the Board of Directors of Fanatics, Inc., Vault Health and Hungry Root, as well as the Board of Visitors of Columbia School of Engineering.