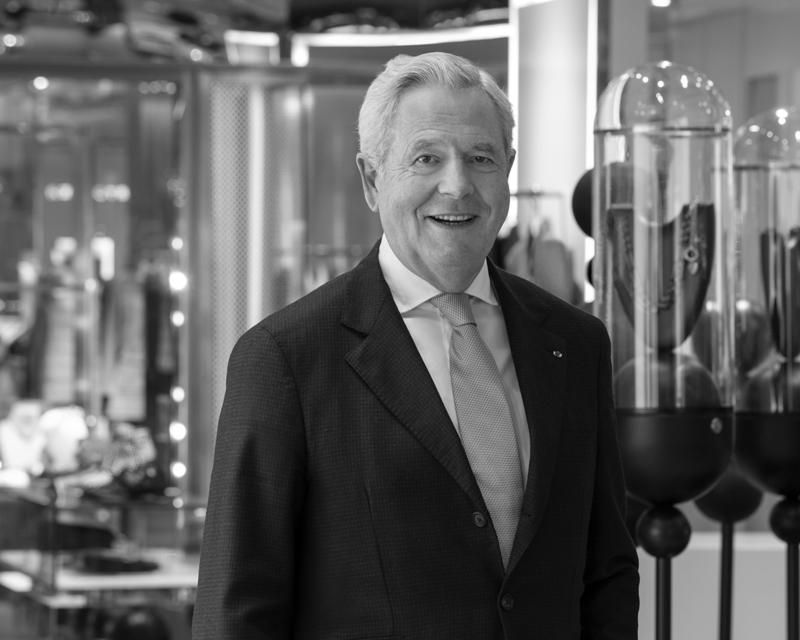 A renowned expertise in retail, fashion and marketing, Philippe Houzé led the transformation of Monoprix through innovation, making it a leading city-centre retailer. As Executive Chairman of the Galeries Lafayette group, he contributed in making Galeries Lafayette the leading European department store with the ambition to act as a multi-channel and innovative retail player and to promote the French “Art of Living”.

Philippe Houzé was named in 2015 "international retailer of the year" by the National Retail Federation (NRF), the prestigious American Association of Retail bringing together key global players in the sector.

As a committed stakeholder to French economy, Philippe Houzé has made a personal commitment to sustainable development: he has been heavily involved in the regeneration of France’s city centers while taking into consideration the Group’s environmental and social responsibilities. As outlined in his book La vie s’invente en ville, he intends to continue working on behalf of inner city areas and help build a brighter future for the next generations.

Following in the footsteps of the Group’s founders, Philippe Houzé is continuing to support contemporary art and design. He launched the Galeries Lafayette corporate Foundation in March 2018 in the heart of the Marais district in Paris, in a building renovated by Pritzker Prize Rem Koolhaas.

He is also personally committed towards the student community. In 2018 he was named  Chairman of ESCP Business School. He is also a Director of INSEAD and chairs the school’s France Council.

Born in 1947, he is married with three children.