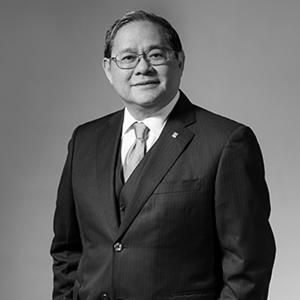 He is Group Chairman of the Fung Group, a Hong Kong-based multinational group which comprises major operating groups engaging in trading, logistics, distribution and retailing. They include publicly-listed Li & Fung Limited, Global Brands Group Holding Limited, Convenience Retail Asia Limited and other privately held entities. Dr. Fung played a leading role in driving the development of the supply chain infrastructure at Li & Fung Limited, which has enabled it to become the leading consumer goods design, development, sourcing, and logistics company for major retailers and brands around the world.

Internationally, Dr. Fung played a leadership role from 2007 in the Paris-based International Chamber of Commerce, of which he was Chairman from 2008 to 2010. From 2012 to 2013, he was a member of the World Trade Organisation's Panel On Defining The Future of Trade.

Dr. Fung was made a Commander of the Order of the British Empire (CBE) in 1993 in recognition for his commitment to public service. In 1995, he was voted Businessman of  the Year under the Hong Kong Business Awards Scheme for his success as an entrepreneur and for his contribution to Hong Kong's economic development. He also was chosen Hong Kong Leader of the Year in 1998 and was named by BusinessWeek as one of the 50 Asian leaders leading the region out of its economic crisis.

Born and raised in Hong Kong, Dr. Fung holds Bachelor and Master Degrees in Electrical Engineering from the Massachusetts Institute of Technology. After gaining his Doctorate in Business Economics from Harvard University, he taught as a professor at Harvard Business School before returning to the family business in Hong Kong in 1976.